Macaria De La Garza Gorena was born in Ciudad Camargo, Tamaulipas, Mexico in the year 1919. Macaria immigrated to the United States with her family in 1924 and enrolled in Austin Elementary in Edinburg.

Throughout her educational journey in the Edinburg School District, Macaria's teachers played a vital role. She became bilingual and attended college thanks to the dedication of her teachers. She began her studies at the Edinburg Junior College, which is now UTRGV. Then she earned her bachelor's degree from Texas Women's University, where she majored in Home Economics Education. She later earned a Masters Degree in Counseling and Guidance from Pan American University.

After graduating from college, she began her teaching career in Falfurrias. She spent a summer teaching in Mexico City but returned to Edinburg because of the ongoing war. She found herself helping with the family businesses which included: the De La Garza grocery store, feed store, and slaughterhouse.

However, teaching was still her priority.  Macaria accepted a teaching position at Sam Lane Country School. Later, she taught at Austin Elementary, Edinburg Junior High, and Edinburg Intermediate School. During her 47 years with ECISD, Macaria worked as a classroom teacher, a Spanish teacher, a Special Education teacher, and retired as a visiting teacher in 1989.

She has also received multiple awards and recognitions which include:

- Named “Outstanding Woman of the Year in Edinburg.”

- Awarded the 2012 Pillars of Success from UTPA

Macaria’s number one message for the children at Gorena Elementary is:
“You must attend school daily and make education a priority.” 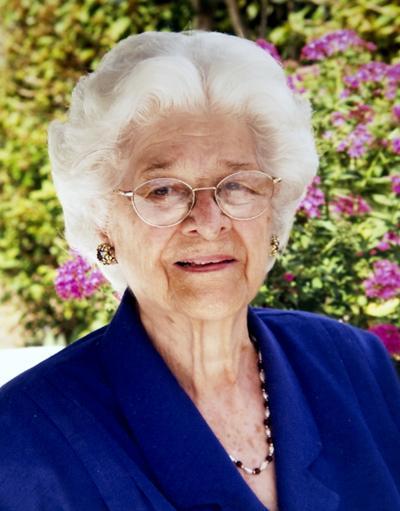